The state of Mississippi has released yet another bill seeking to regulate online poker in the state. Most expect that this bill will not have any chance of passing and that it will fail. 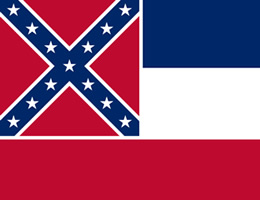 The state of Mississippi has released yet another bill seeking to regulate online poker in the state, and while most expect that this bill will not have any chance of passing, the details recently became revealed as far as what they will be considering and what this would look like if passed.

A lot of the bill consists of a lot of standard features such as age and residency requirements, and other related matters, and it also specifies that the state may enter into interstate agreements as they see fit.  This actually may end up being a big thing as this state isn’t the largest in by any means terms of population and with only 3 million people they may not be able to do very well on their own.

The most interesting part of the bill has to do with the enforcement of non compliance.  ISPs may be required to block and even close accounts that are found to be accessing offshore poker sites.  It does stipulate that ISP’s must “knowingly” allow such access though so it’s hard to say what knowingly would mean in this context.

It also provides the power to either seize domains of offshore poker sites offering access to Mississippi residents, or if unable to do so, seek restraining orders against them through civil action.  There’s no real chance of either happening though.

However, they can in theory go after players, and residents of the state found to be playing at these offshore sites face much stiffer penalties.  They are looking to beef up the current penalty of a fine not exceeding $500 to up to 90 days in jail and a fine up to $10,000.

That might scare some people but given the extreme difficulty of prosecuting such a law, with no one ever being even charged with this in the entire country in spite of many states having laws against internet gambling, it is more than likely all bark and no bite, but the bark is louder anyway. Meanwhile, there are still many sites where US players can play online poker. Right now, sites like Carbon Poker or Bodog/Bovada are attracting thousands of players.

So this appears more to be a vendetta against offshore gambling than anything else, and it’s already against the law in Mississippi to play poker online anyway, but no one is able to do anything about it anyway.  In any case, the expectation is that this bill will fail and we may need to see several more written before we ever see one pass in this state.