Party Poker's promotion called Pokerfest will pay out a total of $2.4 million in guaranteed tournaments. We’re now into the fourth year of the Full Tilt saga where some American players are still waiting to receive their funds. 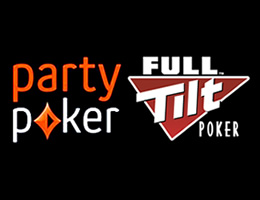 Party Poker is looking to add some additional excitement to its poker tournaments over the next few weeks and have rolled out a promotion called Pokerfest which will pay out a total of $2.4 million in guaranteed tournaments.

The promotion runs through April 12 and features an array of guaranteed poker tournaments that range from buy ins of $5 all the way up to $500, to allow for players with all sizes of bankrolls and budgets to get in on the fun.  There will be satellites offered to all of the 77 events as well, even the smallest buy in ones, to really make sure that no one is left out here.

Pokerfest will also feature a $150K guaranteed high rollers tournament with a $500 buy in, and the main event which will be a $300K guaranteed event which can be had for a $200 buy in.  There will be lots of satellites to these two in particular to ensure even low rollers get a shot at playing in them.

We’re now into the fourth year of the Full Tilt saga where some American players, after all of this time, are still waiting to receive their funds that were seized, and yet another round of payouts are going to be paid out this month.  This time, about $3 million is set to go out to players, and this time it will be disputed amounts that have been since resolved that will be addressed.

In all, about 3,500 players will be taken care of by this latest payout, however that still leaves about 1,200 players still left out in the cold and awaiting payment.  There is still hope for them though as it was announced that there will still be upcoming distributions and while it’s likely not all of the disputes will be resolved in favor of the players, it’s likely that at least some of the still outstanding claims will be taken care of in the coming months.