Online poker traffic dropped a further 3% this week, adding to the 2% that was lost last week, as PokerStars gave up further ground to resettle back in to their levels before there recent big promotion. 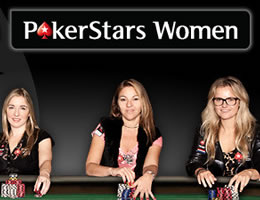 Online poker traffic dropped a further 3% this week, adding to the 2% that was lost last week, as PokerStars gave up further ground to resettle back in to their levels before there recent big promotion.

6 out of the 10 top sites were up this week though, so there is at least some positive news. Year over year we are up to being off a total of 9% now, up from off 8% at this point last week. The top 10 was unchanged from last week’s rankings.

The New Jersey online poker market continued its decline, and just when you think that things might be leveling off, they take another tumble. The decline this week was once again led by the All American Poker Network, which is in free fall and gave up another 17% this week alone, and is now down 65% over the last 3 months.

Nevada, on the other hand, saw a big increase in traffic this week, thanks to the WSOP running. It seems that there’s nothing like the WSOP to whet the appetites of players, and Nevada’s online site WSOP is reaping the benefits. There’s nothing like using the WSOP brand at this time of year it seems.

WSOP’s competitor, Ultimate Poker Nevada, is missing out on this fun and saw their traffic stay about the same, and now sit in a very distant second in the state. WSOP Nevada on the other hand has now passed the top 2 New Jersey sites to become the most popular online site in the country right now.

Full Tilt Set To Make Another Round Of Payments

Garden City Group, who is managing the payments owed to former Full Tilt players in the U.S., has scheduled another round of payments to be paid out this week. This round will total about $15 million, to go along with the $80 million that has already been paid out.

This won’t wrap things up by any means though, as there are still expected to be some regular players who won’t be included in this one due to a failure of the players to provided updated banking information.

A round of checks will be sent out to these players soon, leaving pros, affiliates, and those with disputed balances still to be dealt with.  So it’s difficult to say when all of this will be finally resolved if it ever is.

About a third of online poker players are women, and while that is a lot higher number than you see at live poker games, some poker sites are looking to boost their traffic by trying to increase this number even further.

This is being looked at closely particularly in the state of New Jersey who could certainly benefit from the game of online poker becoming more popular. Online poker traditionally isn’t marketed to women as heavily as it is to men, so this is obviously one area of opportunity that can be looked at.

Some believe that the setup of online poker itself is geared toward men too much, but we don’t really think that this is probably as big of an issue as they may think. Sure, there’s a little sexism involved and perhaps poker sites could look to reduce this a bit but we think it’s more to do with just paying more attention to attracting more females that is at the heart of it.

A recent survey by the Poker Players Alliance, found that an impressive 82% of Californians polled rated their experiences with PokerStars as either excellent or very good. Only 2% of respondents felt that PokerStars does not act with integrity, and a whopping 95% feel that they should be allowed to participate in California poker.

Whether or not PokerStars should be permitted to become involved in the online scene in California has become a huge issue and is a major dividing point. In fact the two competing bills are very similar and the only big difference is this one issue.

Common sense seems to be left out of this though, as the bone of contention is PokerStars’ remaining in the U.S. market after the UIGEA was passed, but the UIGEA didn’t make offering poker to Americans illegal, and if it was illegal after the UIGEA, it was just as illegal before it. The government has now admitted that it wasn’t illegal either before or after.

So it doesn’t make sense at all to welcome poker sites such as PartyPoker and 888 with open arms while looking to shun Poker Stars and brand them as outlaws and “bad actors”.  California is at least debating this though, where in other states they just got locked out. Hopefully clearer heads will prevail here soon.