The worldwide online poker cash game market dipped by a total of 7% this week, giving back most of the 10% gain it delivered the week before. 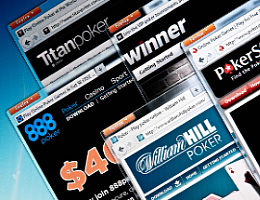 The worldwide online poker cash game market dipped by a total of 7% this week, giving back most of the 10% gain it delivered the week before. Both the big increase and the big decrease was spurred by PokerStars’ recent milestone promotion, which is now over, and has things settling in back closer to where they were before it began.

PokerStars’ average cash game traffic is down from 22,500 the week before to 19,500 now, a drop of 2000 cash game players which certainly is quite a bit when you look at the overall market. The actual numbers for them came in at a 13% loss this week after a 19% gain last week, so they still are ahead of the game for now.

Among the top 10 sites, decliners led advancers by a 7-3 margin this week. Bodog managed to rise two spots to fourth, although the gap between fourth and sixth spot is very small, with Party Poker and Full Tilt not far behind.

Adjarabet remained in the top 10 again this week but barely, as they now sit in 10th place with 1050 players, compared to eleventh place Pokerstars.fr’s 950 average players.

In spite of being up 2% overall over the last 2 weeks, we have returned to it being down 14% from where it was during this week last year, which is exactly where things were two weeks ago before this roller coaster ride began.

Data based on PokerScout.