Among the plenty of poker providers around the web, and out of plenty of opportunities to compete against skillful opposition, clearly there is no shortage of poker action available. One occasion is happening right know, created by Global Poker and going by the charming name of Rattlesnake Open.

Among the plenty of poker providers around the web, and out of plenty of opportunities to compete against skillful opposition, clearly there is no shortage of poker action available. Championships and special events oftentimes offer the extra thrill beyond the typical table games and regularly scheduled tournaments. Plus, winning such event earns you a title of a true poker master, apart from the big cash prizes. One occasion is happening right know, created by Global Poker and going by the charming name of Rattlesnake Open.

Global Poker, founded in February 2016, is certainly one of those websites that has recently in-creased in traffic. This fast-growing provider has the advantage of holding a position among major legitimate poker websites in US, while still being considered something fresh and trendy on the market. Main reason for this is their Sweepstakes model. GP users are able to play poker, either with Golden Coins, which corresponds to virtual money AKA play money as seen elsewhere, or using $weeps Cash. The latter are obtained as an added bonus to Gold Coin transaction, and it is possible to cash them out for real money via Pay Pal.

After the success of Grizzly Games and Eagle Cup, the Rattlesnake Open 2018 is the third installment of the GP Championships. Having its official opening on Monday, April 30th, the series launched a day before with a special 5K freeroll. Everyone registered on the platform could have participated in the run for money and the championship pack. Until May 20th, over the period of three weeks GP users will be able to enjoy 135 events, in which the total number of guaranteed prize in SC is the equivalent of $1,250,000 in real cash. For Gold Coins, it will be 150 million. The tournament is divided into few levels (Low, Medium and High), with relevant buy in amounts. Players with limited bankroll will also have the chance to be a part of the games by signing up for one of many satellites running throughout, with the buy in as little as SC$0.55. The grand finale is naturally the Main Event, happening on the last day, with the guaranteed prize of SC$100,000.

Besides money, when coming on top in any event of the series (Gold Coin or Sweeps Cash) players will receive special Champions Packages, delivered directly to the winners’ doorsteps. It will include a commemorative trophy, as well as t-shirts, hats and similar merchandise. Additionally, with the presence of special feature called Hometown Heroes, a few extra sweep bucks will be distributed among the participants. The promotion is directed at Americans from all over the country who, by sharing material with themselves wearing Global Poker gear via various social media channels, will be awarded the prize. 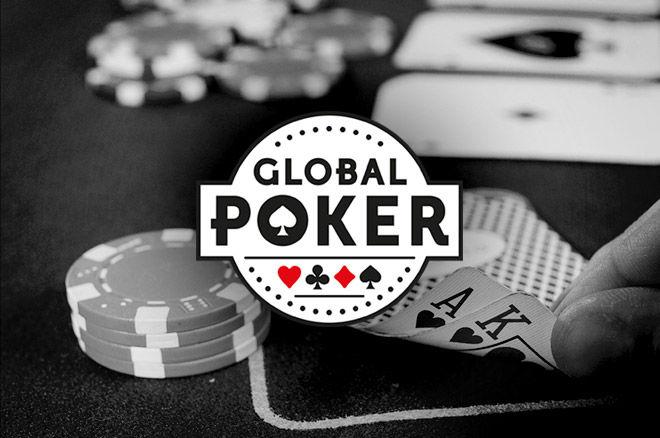 The real treat waits for the Global Poker Championships Rattlesnake Open Leaderboard champion who, apart from the final glory, will get the opportunity to represent the brand at poker event of his choice. The total of $5,000 ($3,500 in buy ins fees and $1,500 in travel and accommodation) will be covered by the company.