Why is Texas Hold’em the most popular variety of poker?

When you watch a game of poker on the TV or online, chances are, you’re watching a game of Texas Hold’em. It is the most popular variation of poker, with many of the big names from the poker tour specialising in it.

Why is Texas Hold’em the most popular variety of poker? 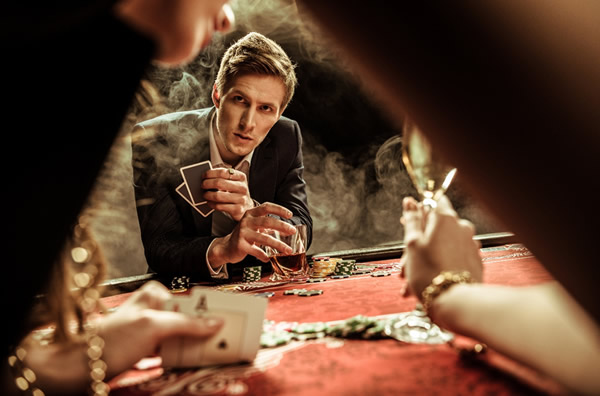 When you watch a game of poker on the TV or online, chances are, you’re watching a game of Texas Hold’em. It is the most popular variation of poker, with many of the big names from the poker tour specialising in it.

When the poker boom happened, the main beneficiary was Texas Hold’em, and with the invention of the internet, this has only continued to grow. But what has made it the most popular variation? There are many different reasons as to why Texas Hold’em has become poker’s most played format, and we’ll take you through exactly why it is so popular.

Although all variations of poker have the same winning hands, the strategies employed in achieving the hands and winning the round differs. The Texas Holdem rules make it one of the easiest variations to understand and therefore, more popular among players.

Five card draw is probably the only poker variant that is simpler to understand, but in terms of betting strategies, it is harder to master than Hold’em. This is because it’s easier to read whether or not your opponent has a strong starting hand, putting you in a tougher position to bet.

Hold’em is generally seen as a great starting point if you want to introduce yourself to online poker. The fact that so many online casinos offer it, you have plenty of options to choose from.

The fact is, unlike other variations, Texas Hold’em makes for great TV, while also not being overly complicated. Five card draw might be simpler, but it also suffers from being more boring. The community cards in Hold’em help to build the tension for some hands, and the fortunes of a player can change with the turn of a card.

An example of this would be when a player gets a flush in draw poker, they don’t need to discard any cards and could have won right from the time the cards were dealt. In Hold’em, you might get a pair of aces and your opponent a pair of twos, but that doesn’t necessarily mean you’ll win. The flop might be 2, 6, 7, giving your opponent a three-of-a-kind, which trumps your pocket aces. The turn might produce an ace, to put you ahead, before a two on the river ends your hopes. You may have started with the strongest hand, but you may not finish with it, the community cards can change the whole game.

Whereas draw poker just has the two opportunities to bet, in Hold’em, there are four. This provides more opportunities for players to play mind games with each other, providing greater entertainment for those watching.

It might not be the oldest format of poker, but Texas Hold’em is still old, having first been played in the early 1900s. Doyle Brunson, one of the most iconic names from the poker tour, helped to bring Hold’em to Las Vegas in 1967 along with Crandell Addington and Amarillo Slim, as well as other Texan gamblers and card players.

It was mainly in the 2000s that the game really took off, thanks to its exposure on the internet and television. Televised tournaments have done wonders for Hold’em and with big events such as the World Series of Poker, it’s unlikely that this popularity will die down anytime soon.

Its long association with Las Vegas, as well as its exposure to a wider audience in the 2000s is what has helped Hold’em establish itself as the most popular format of poker.